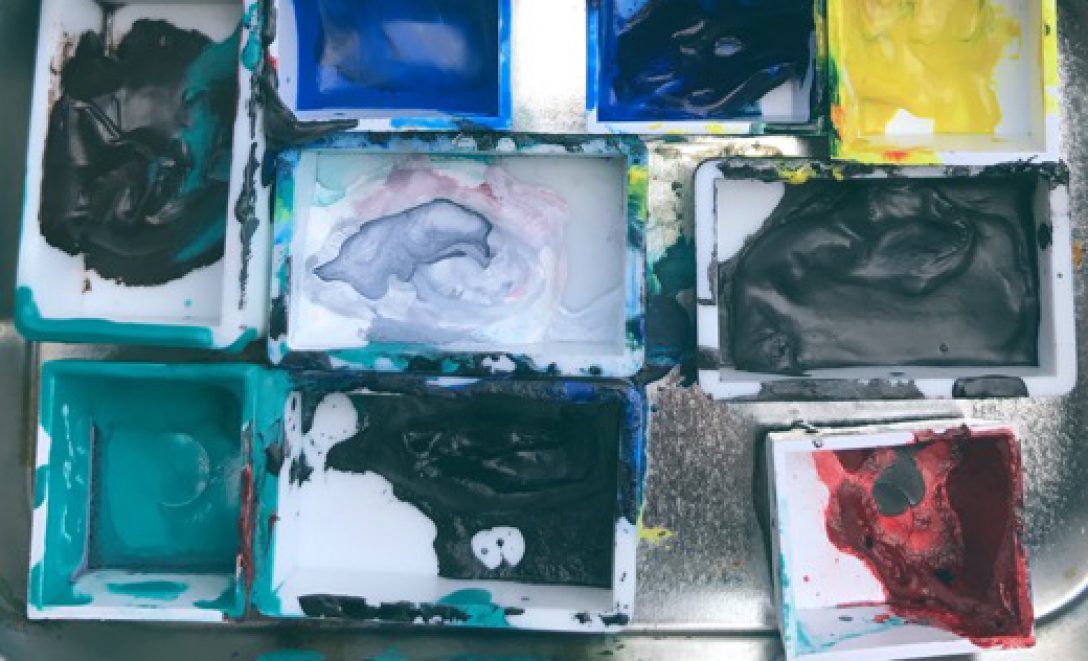 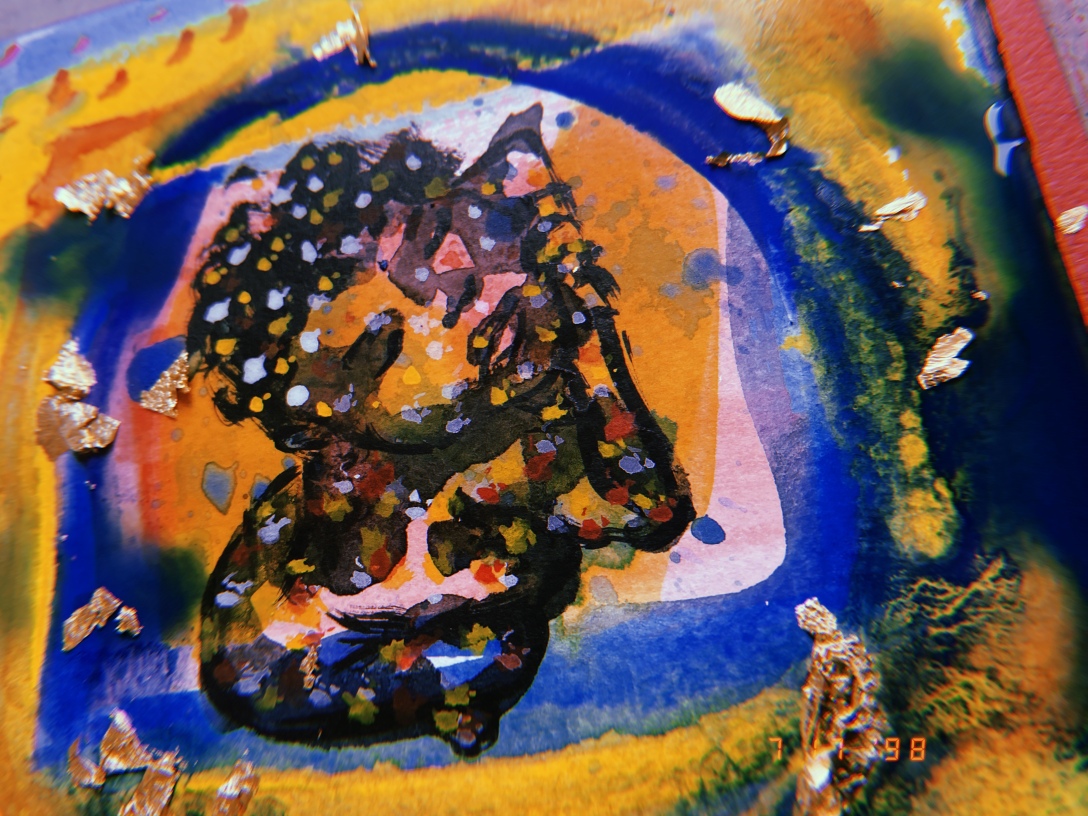 [Verse 1]
That’s the way every day goes
Every time we’ve no control
If the sky is pink and white
If the ground is black and yellow
It’s the same way you showed me
Nod my head, don’t close my eyes
Halfway on a slow move
It’s the same way you showed me
If you could fly, then you’d feel south
Up north’s getting cold soon
The way it is, we’re on land
Still, I’m someone to hold true
Keep you cool when it’s still alive
Won’t let you down when it’s all ruin

Working on a new painting 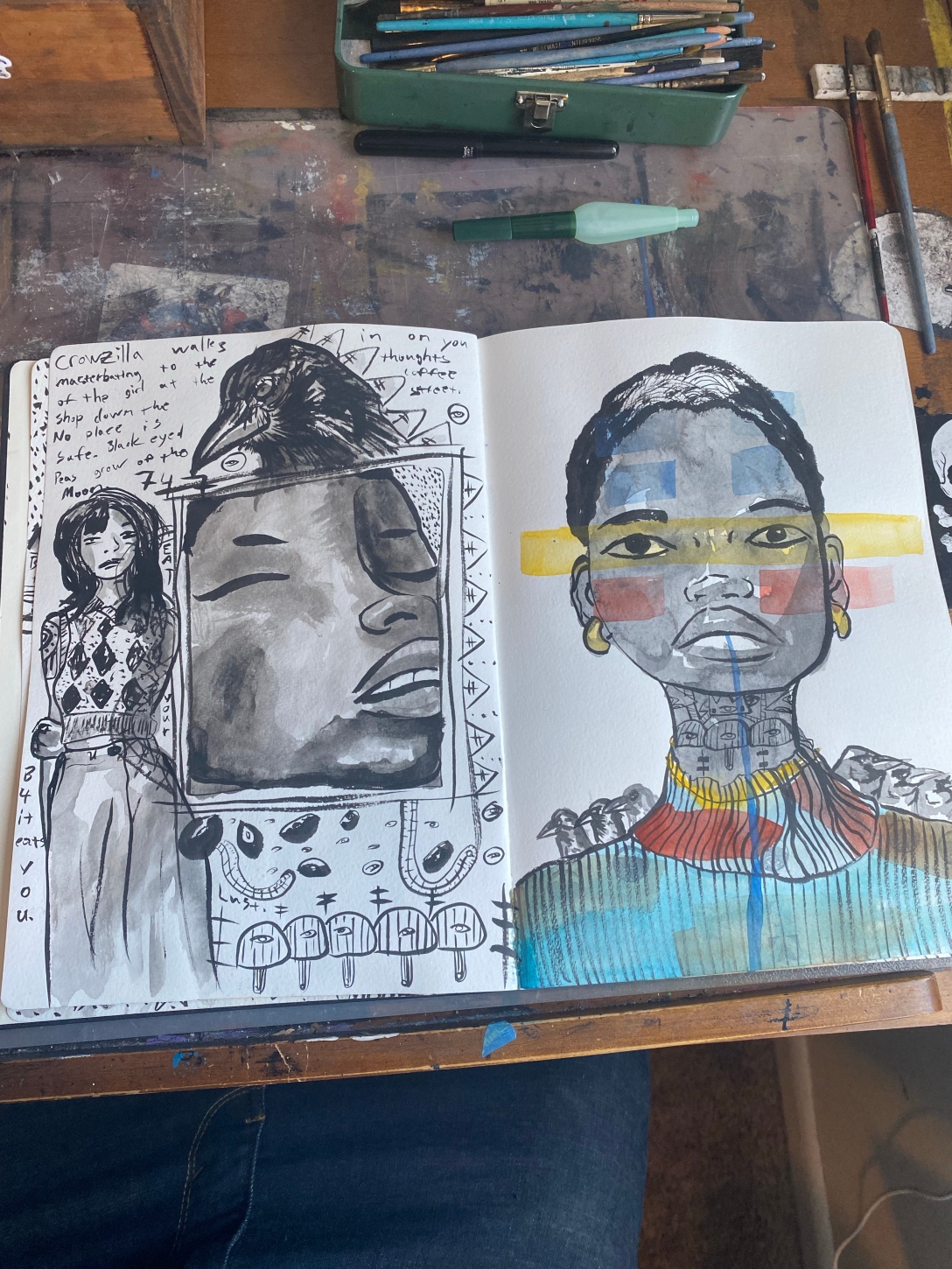 It’s a funny story if you can read it on the page. Good luck and I’m not telling you.

A new story illustration. A God of time in a Moth forest. Born in two different time lines at once. A womax and a gender less child.

I worked super hard to finish this sketchbook in a few months. It’s full of lovely little inks and washes. I’m very proud of it and myself. I hope you enjoy it.

A girl walks into rose garden and a ghost and the moon try to romance her. Nether are successfully.

One page and a full story.

Kid named Miguel was walking in the woods late at night. He ran into a ghost that wanted his face but he fought it off with a powerful relic, a moose antler covered in spirits. He wiped it around his head until a giant appeared and chased off the ghost. It mumbled a riddle as it left. “ human times living in quarters. Basic of earth moments and bone. Cored out of life and reflections.” As it flopped its way past Miguel it left a river in its wake and the stones became patterns like deep blankets. The fish , the hearts, the tears and ghost danced in the night light and Miguel sat back and reflected on his day by the river. He never forgot that day in Sligo Park.